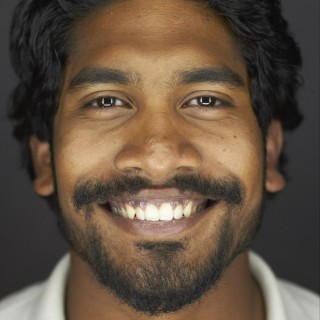 If you are reading this, it means that I’m dead, or am in the process of dying.

I can’t take it anymore..

But let’s not kid ourselves. I love food WAY too much to part with it.

So I decided, instead, to participate in a cellphone/social media fast for 72 hours facilitated by the New Life Fellowship on the campus of Andrews University.

Here are three things I learnt from this experience:

The beauty of awareness

I found myself being intentionally aware throughout the day. Moments which may have been lost while being distracted by my phone were instead noticed and cherished.

My mom has a favorite mantra for us: “Be in the situation!” I’m glad that it finally got to my head, even if it was only for 72 hours!

I realized how many moments I had previously dismissed or passed over because of my preoccupation with a text or a tweet.

The fast also sensitized me to a special sense of awareness of the Spirit of God. The lack of ‘noise’ allowed me to tune in to the voice of God concerning my ministries, my relationship with others, and my connection with Him.

The fast was a much needed “comma” in the run-on sentence of my life where I could pause for reflection and assessment.

The bliss of prayer

Prayer had become so routine and mechanical for me. I would talk to God in the morning and send him “prexts” (“prayer texts”) throughout the day in my mind when I needed him to come through.
Since the fast, however, I had more time to talk to God just for the sake of talking to Him. Tough times of temptation instinctively would lead me to talk to Him, often out loud.

The fast led me to realize that prayer doesn’t have to be a calling bell for a cosmic butler, but can indeed be a conversation with a caring father.

The bane of dependence

I chose the phone/social media fast precisely because it would hurt. And hurt it.
I felt it more during the final moments of the fast, when I would want to tweet something, update my Facebook status, or text my fiancé.

When I wasn’t able to do any of this, I did feel vulnerable and, or, lost at times. I soon discerned that this was simply one example of many things I was already dependent upon; the fast helped me assess the accouterments which I had acquired and the tenacity with which I was holding on to them.

I would encourage a fast for any serious Christian who wants to take a closer look at themselves, and go farther in their relationship with their Savior.

Here’s a 5-step process that worked for me:

Step 1: Identify things in your life that you simply cannot live without.

Step 2: Prayerfully choose one of them.

Step 3: Delineate a reasonable period of time for your fast from that thing.

Step 5: Journal what you have learned about yourself, about others, and about God.

Who’s going to do it? If you want to challenge yourself, leave a comment below with what you are choosing to fast from!