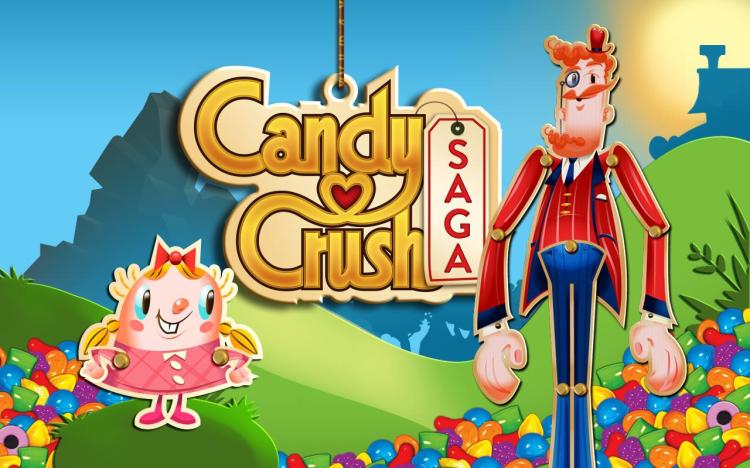 For those of you with the app ominously hanging on your phone screen, Candy Crush has been the cause of your procrastination and the lord of your unaccounted time among other things.

Nevertheless, this game was my constant companion during my recent flight to California. The colorful combinations of candies coupled with the soothing snore of my neighbor, drifted me into a mode of reflection from whence cometh these thoughts.

What did Candy Crush teach me about life? Here are three lessons:

1) Do not underestimate the power of choice.

The objective of the game is to advance each level by revealing the allotted number of hidden objects present in each “candy-scape.” This is done by aligning similar candies alongside each other using single uni-directional strokes (left, right, top, bottom). In a way much similar to Tetris, each stroke has the power to break three candy formations or more depending on resulting alignments. I have a limited number of choices I can make in the game and one stroke can be the difference between a win or a loss.

Every stroke is a choice. I can choose what to move and where to move it. And just like in life, each choice I make – whether for the good or for the bad – has its consequences. Every choice I make in this life can either move me closer to a win or take me farther from it.

The greatest power in the universe is the power of choice. Even God doesn’t mess with it.

It is so powerful that it even affects the lives of those outside my circle of influence. The game helpfully illustrates this as each stroke could blast candies that are even beyond a three-candy radius resulting in a sweet win or a not-so-sweet loss.

2) The toughest vices are usually the tastiest.

Desserts are the worst.

They are annoying impediments in the map which prevent candies from breaking. More often than not, a certain number of these desserts need to be broken to advance to the next map. The game starts you off with just innocent, scrumptious cupcakes. But as the levels advance in difficulty, the deserts get tastier, and harder to break.

The toughest desserts to break are the tastiest.

Coincidentally, sometimes the things we struggle with most in life are those that are the most appealing to our senses. We tend to struggle with them precisely because they are appealing – grabbing our attention and energies while distracting us from the best possible existence. Someone once mentioned that the things that keep us from living to our fullest potential are not the bad things, but the good things that are not good enough. While desserts are good, they are simply not good enough. The more they capture our senses, the harder it is to part with them.

What are your “desserts?” What are those things that keep you from achieving the best?

Candies can be destroyed in more than one way. One way is to align triads of similar candies and break them repeatedly. Another is to resist the temptation of breaking a triad, waiting to align four or more candies to create candy bombs. When strategically partnered with certain candies with a single stroke, these candy bombs can rival the impact of Nagasaki, sending thousands of candies to their sugary graves.  Success is ensured by waiting to create the right explosive.

I wonder how many times I’ve sacrificed long term success to bask in short-term wins.

Impatience, I’ve learned, can be a deadly friend in the pursuit of lasting success. Consistency and grit, on the other hand, can be excellent ones.

What if true success is less about how quickly you reach a milestone and more about how steadily you go from one milestone to the next? This way, the pressure of reaching a larger milestone is relieved by the pleasure of achieving smaller ones, which may eventually lead you to the larger milestone in due time.

Now excuse me while I get to finishing this level.

Third-Culture Kid. Millenial. Christian. Seventh-Day Adventist. More about me on the ABOUT page! Check it out! View more posts

One thought on “3 Things Candy Crush Taught Me About Life.”